Writing good short stories is an art form. Truly. The short story author must balance certain features that novels can’t, and probably shouldn’t, emulate. Various writing tools are more palatable in the short story format than in longer manuscripts, such as novels. Phonetic dialect, less detailed descriptions, fewer plot strings, and plot twists come to mind. One of the keys to getting published is simple (and also the hardest): write great stories.

Getting Your Panties in a Twist

A great short story will have a shock and awe ending. As a writer, no one will ever likely come close to Rod Serling for creating short stories with a shocker twist in the ending. Besides being the show’s smoky voiced narrator, he wrote and produced the TV show, Twilight Zone, for decades and to this day, few have ever come close to as many mind-blowing endings as Rod. Week after week. No one has ever watched “To Serve Man” and forgotten it. Nearly seventy years later! A great twist is one you never saw coming, or if you are very intuitive, did see it coming, but are thinking to yourself, surely the writer won’t do that – DAMN! They did it!

Can’t Get It Out of Your Head

A good short story will provoke thought, make you think about it long after you have put it down. Like an ear-worm song, the twist and story will stick in your head and make you think about what just happened. A good novel will do that too, but a short story will have you mulling over the plot and twist of the story, whereas a good novel will have you thinking about the big picture: the underlying theme of the book, the character development, even how well the author sucked you into this imaginary world.

In the short story format, you are looking to pick up the pace of your story, so you should spend less time describing things in detail. Let the reader’s imagination picture that smoky bar. Let them create their own image in their head what the protagonist looks like. In novels, you should infuse all five senses into building a scene, or even a world. In a short story, that will just slow the pace. The end is in twenty pages or so. Don’t fill up three with a description of what the inside of the barn looks like. An exception to that may be describing details of a scene or a character that are critical to the telling of the story. A barn full of rusty old farm tools may be critical if the antagonist is accidentally pushed back against them, or uses one to attack the protagonist. If you do want to describe details, figure out  how to do it briefly and concisely in a short story. You are only delaying the reader of getting to the meat of the story.

Short stories have fewer words and pages to develop the characters into fully three-dimensional people that the readers can relate to. That is not to say that short story characters shouldn’t be multi-dimensional, it’s just more challenging for the short story author to do it with fewer words.

Finally, in the short story venue, you can get away with using regional dialect more often. I come from a long line of hillbillies and whenever possible, I try to use dialogue phonetically to make the characters speak the way you would hear it in the real world. I have read that you can get away with this slightly more in short stories, but in longer tales, it slows the reader down as they may stumble across the dialogue. I enjoy it, but numerous people have told me it hurts the reading of the story. My favorite anecdote about using phonetic dialogue came from my wife, who doesn’t write. When she complained about it making the story hard to read, I whined defensively, “But Stephen King does it all the time.” And she quickly replied, “But honey, you are NO Stephen King.”

The Long and the Short of It

Short stories have different rules for writing than do novels. It takes a different mindset to be able to:

Question to ask yourself when evaluating your short story: “Would this make a good episode of the Twilight Zone?” If not, maybe you should channel Rod Serling, slick back your hair, hold a cigarette while you type, and go back to work. 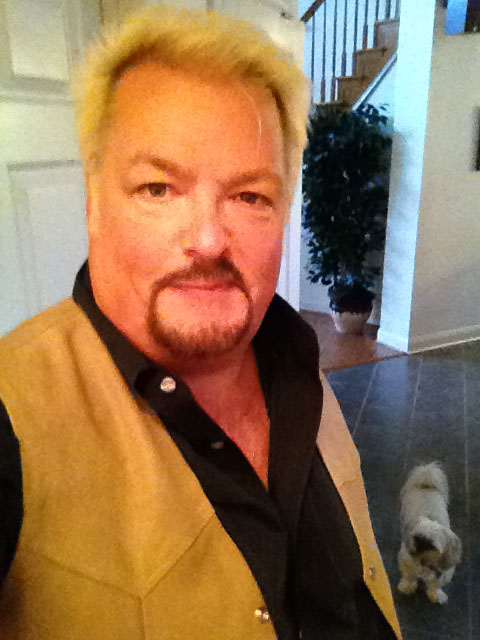 About Paul K. Metheney, the Author: Paul was the featured author for dozens of sports magazine articles, has two stories published in a recent anthology, a contract to be published in an anthology coming out later this year, is contracted for a collection of his own short stories, and is working on a much-delayed novel or two. Paul has nearly three decades working in advertising design, print, and graphic design. For the last twenty-five years or so, he has been working in the web design, SEO, PPC, social media, and marketing fields, including writing marketing copy for his client's blogs and social media on various subjects. Oh, yeah. He teaches those subjects as well at the local community college. Paul can be reached at his blog on writing, teaching, poker, travel, reviews, and all things politically incorrect at paulmetheney.com, on Twitter, and on Facebook.

In full disclosure, Left Hand Publishers, besides publishing some of his work, has contracted Paul's company, Metheney Consulting, as one of their book cover design artists and marketing consultants to help assist with author's branding and marketing.

Paul is happily married to his one-time, high school sweetheart, loves riding his Can-Am Spyder motorcycle, sporadically smokes a good cigar, and is an avid poker enthusiast. Paul is owned and cared for by two small Shitzus.

To learn more, visit his web site, dedicated to writing, teaching, poker, reviews, all things politically incorrect, and posts revealing genuine stupidity in the world: PaulMetheney.com or email him at