The Demon’s Angel – A YA Novel

The Demon’s Angel: An angel, raised by the demon sent to kill her as a baby, becomes a teenager. What could go wrong?

This Young Adult supernatural thriller follows the tribulations of the teenaged Neha as she learns both the truth about her past and herself. 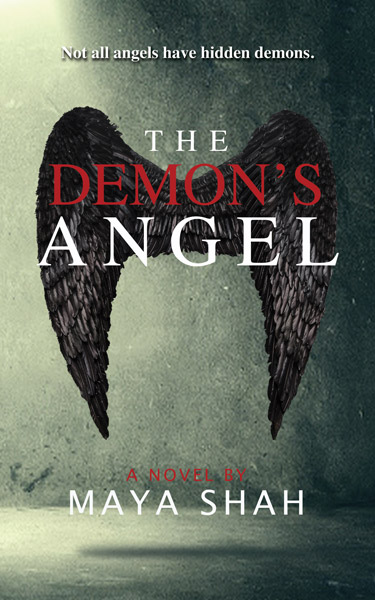 The Demon’s Angel: Neha was excited to enter her sophomore year in high school. That was until the boy she went out with sprouted wings, and Lucas, the man who raised her since she was a baby, turned into a demon.

Neha is far from human. She is an angel, the natural enemy of demons. An angel raised by a demon has never been heard of before, which makes some angels see her as a threat. Neha not only has to prove that she did not know anything about demons, she has to prove that she is on the side of the angels.

And she is. So she thinks.

This Young Adult supernatural thriller follows the tribulations of the teenaged Neha as she learns both the truth about her past and herself.

You can view the YouTube book trailer at: https://youtu.be/FZuvbiGjMcU and visit Maya’s web site at: http://mayashahbooks.com/ 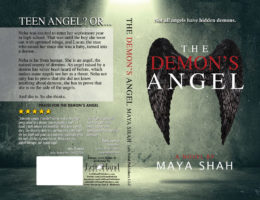 Neha was a normal high school girl living in Philadelphia and she was just like any other girl, or so she thought. Her parents died when she was a baby and she was raised by her guardian Lucas. Everything changes when she meets the new boy in school Daniel. We soon find out that Lucas is a demon, Daniel is an angel and Neha discovers she’s an angel too.

An angel raised by a demon is an odd thing considering that the two have been at war for generations. Neha is taken to heaven by Daniel to be trained to fight demons and convince the others that she didn’t know she was an angel being raised by a demon. She is seen as an outcast by the angels and has to prove she is valuable but Neha’s upbringing gives her a different opinion on the war between both sides. Will Neha figure out what her new role in the universe will be?

The Demon’s Angel by Maya Shah is a Y.A. novel in the tradition of the Harry Potter and Percy Jackson books. Neha is a girl who finds out she wasn’t who she thought she was and has to deal with a truth that she didn’t believe in. I love how complex all the characters are in this story, they are nothing like you would expect angels and demons to be. Maya Shah has taken an old mythology, made it her own vision and turned it into something original.

My only complaint about The Demon’s Angel was that it was a little light on action. For a Y.A novel I would have expected it to be faster paced. This is a character driven book and it does a great job of establishing some fascinating characters. Neha is someone that anyone who has felt like an outsider can relate to and it will be interesting to see how she changes in future books. This is the first in a series and it lays the foundation for what looks to be a fascinating story. I liked that Heaven was a different place then you would expect and some of the angels come across as being shady, especially the lead angel Michael. It’s the same with the demons, they show that they have a good side and aren’t necessarily evil. In Neha’s world everyone is a shade of grey and she isn’t sure who she can trust. Neha sees the world differently and I’m looking forward to seeing where her story will go as she finds out what kind of person she wants to be.