Featured Author: J. Ryan Blesse spent his childhood in the typical all-American way: almost becoming the subject of an episode of a true-crime podcast by hiding in the woods in Connecticut just so he could avoid gym class (“truancy”). He credits that experience along with his nine-year-old viewing of The Exorcist for his love of horror (and he sends his regards to the priest who had to endure his constant questioning regarding demonic possession for three years thereafter).
He eventually left the woods and went to school, as one does.
As a graduate student at Illinois State University, he studied people’s reactions to their significant other’s infidelity. He’ll let you wonder to yourself whether “Slosh” was inspired by anyone he studied. He was published as a co-author of a chapter in Advances in Intergroup Communication during graduate school. After he graduated, he launched a blog entitled (ryan)vention to chronicle his quarter-life meltdown and to get back to creative writing after several years spent in academia. He currently has a day job.
When he isn’t reading or writing, he considers himself a pizza aficionado, cat enthusiast, Yankee Candle loyalist, coffee junkie, and honorary Gilmore Girl. The amount of time he spends reading and writing dark fiction, watching horror movies, and listening to true crime podcasts will probably concern his future therapist.
He lives in Springfield, Illinois with his husband Craig, their very hairy children, Grizabella and Boots, and an oversized unicorn pool float named Melinda. Find him on Facebook (http://facebook.com/jryanblesse), Twitter, and Instagram @jryanblesse and visit his website and blog at www.jryanblesse.com.

J. Ryan Blesse: I’ve been making stuff up since I was a kid. Whether it was acting out new adventures of Batman with my action figures, role playing Power Rangers and “reluctantly” taking on the mantle of the Pink Ranger, or lying awake at night wondering what would happen if I got possessed like Reagan in The Exorcist, my imagination was always running.

But the first original story I wrote (and illustrated) was The Cat and the Dog in Miss Dixon’s first grade class. It’s this hilarious and terrible story mostly based on my actual life and pets up to that point. The title is a little more click bait-y than you might think since the dog is written off two pages into the story after he scratches on the wall (this was the same reason my mom gave to me and my sister when she got rid of our dog). The rest of the story is focused on a mysterious and completely fictional game of hide-and-go-seek gone wrong with my then-real cat Bittles, which is a terrible name but the one my parents went with after deciding my suggestion (Catwoman) was out of the question. It’s absolute garbage, but Miss Dixon bound it with spiral plastic coils and laminated it, which was the only evidence needed for a kid of the mid-1990s to know they’d “made it.” I went on to write and illustrate a very long poem about pandas in third grade, because elementary school teachers want to punish themselves with stories written by the sticky hands of children. It was also laminated, so I was basically the equivalent of a bestselling author at Hill and Plain Elementary School.

All in all, it’s been about twenty-three years since I first started bringing the voices in my head to life.

J. Ryan Blesse: I tend to wander between horror, mystery, thriller, fantasy, and speculative fiction – and I usually sum it up by calling it Dark Fiction. However, the embarrassing first (and only) draft of the novel I wrote when I was nineteen can best be described as a mostly awful family drama, and at worst as a poorly plotted and less sexy Harlequin Romance.
Back to top >>> 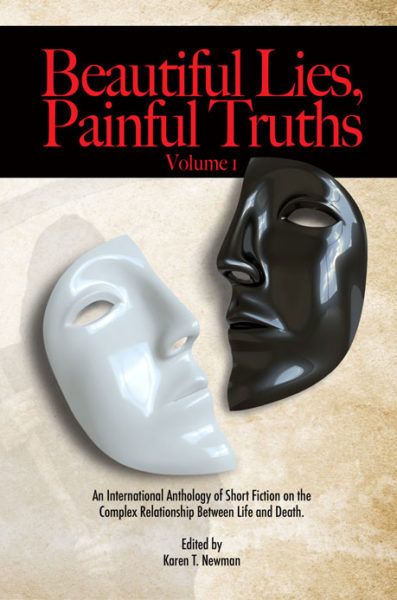 J. Ryan Blesse:This is always an interesting question to be asked, and unfortunately I always bumble my way through it. I guess the short answer is that I don’t know that any one person or any one thing has really inspired me to tell stories. My grandpa always had a story to tell. My mom read to me from an early age. I was constantly making up my own stories either alone or with friends. Storytelling is something that’s always surrounded me.

Having said that, I will say that I remain inspired to write by reading the works of other writers. Influences that come to mind immediately are Mark Twain, J. D. Salinger, Charles Dickens, J. K. Rowling, Carrie Fisher, Amy Sherman-Palladino, Joss Whedon, and – I think I have to say this trio or I’m not a horror writer – Edgar Allen Poe, H. P. Lovecraft, and Stephen King.

J. Ryan Blesse: I wouldn’t describe writing as a process, so I guess I “pants” it for the most part. I rarely outline and when I do, it isn’t detailed. Instead, I get a single image or scene in my head and I either start there or I write towards it. I prefer to explore whatever world I’m writing, and outlining usually makes me feel like I can’t do that. The benefit to this is the story takes turns you don’t expect, while the downside is the amount of words you end up tossing out during the editing process.

I also like not knowing my characters before I write them. I meet and get to know them as they appear on the page. Most of the time, the characters I write end up doing things I never thought they’d do (and things they probably wouldn’t have done if I’d gotten to know them beforehand). It probably isn’t the most efficient way to write anything, but it’s what has worked for me so far. 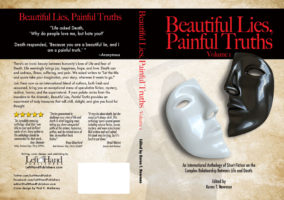 J. Ryan Blesse: Fear of the blinking cursor. That damn thing never sleeps.
Back to top >>>

LHP: Do you have a set number of words per day you target? or do you set other goals to meet?

LHP: How much time is spent on the business of writing? Queries, seeking an agent or publisher, marketing/sales?

J. Ryan Blesse: Honestly, “Slosh” is the only story I’ve ever pursued having published, and Left Hand Publishers was the first and only publisher I submitted the story to – and the story was accepted by for publication, so I’m truly a novice (and incredibly fortunate) when it comes to the business of writing. But ask me this same question in a few years and I bet my answer is different (and will come with a stack of rejection letters).
Back to top >>>

J. Ryan Blesse: I used to really like the idea of writing full-length novels, but after getting into the habit of writing short stories, I prefer writing them to longer works. There’s something challenging and rewarding about writing a full, robust story in under 30,000 words. Many of them feature smaller casts of characters who you can really spend a great deal of time with, usually at a time when they are experiencing major conflict and difficult decision-making.

Having said that, I am working on finishing a novel I’ve been brewing in my head for a while.

J. Ryan Blesse: Like most of the stories I write, I got an image in my head before I wrote “Slosh.” I kept seeing a man sitting on a bed with a gun in his mouth, so I decided to figure out what the heck he was up to. For this particular story, I started with that image. That’s the only thing I knew about the character whose name I would later find out was Logan. But when I first started writing it, I didn’t know his name. I didn’t know what had happened to him (or what he’d done). I didn’t know a thing about him. But Logan surprised me – I loved him, I pitied him, I loathed him, and, eventually, I was frightened of him. By the end of the story, I was sickened by my own main character and I felt myself grieving over him.

By the time I was done writing, I had a story I thought was pretty good, even if it needed some refining. About 3,000 words ended up being cut from the story when I edited the first draft. There’s a thread that runs through the story about the way betrayal can corrupt every aspect of someone’s life: their physical body, their psyche, their relationships, their decisions, their sense of self – everything. Although an actual disease is the foundation of Logan’s misfortune, it’s the way that disease infects other aspects of Logan’s life that ultimately leads to his darkest deeds.
Back to top >>>

J. Ryan Blesse: I already hate myself for giving this stereotypical advice, but I think it’s fundamental. To be a writer, you have to do two things: read and write as much as you possibly can. Reading the works of other writers can only help you – and not just writers who fit snuggly in your genre. Your writing will benefit by reading genres outside of your comfort zone because different genres approach plot and characters differently. Take something new from everything you read and keep it in mind as you write.

I also keep myself inspired by listening to podcasts when I commute to work, clean the house, or cook. If I have free time, it’s usually spent consuming stories.

And obviously, it’s difficult to call yourself a writer if you don’t write. But my advice to myself every day is to write often and write immediately. If you have a story idea, write it down the moment it comes to you and start writing the actual story as quickly as possible. The longer the story stays in your head and not on a page, the more time you have to second-guess it, which will only make you put it off longer or indefinitely. You can always edit a poorly written story, but you can’t edit a blank page.
Back to top >>>